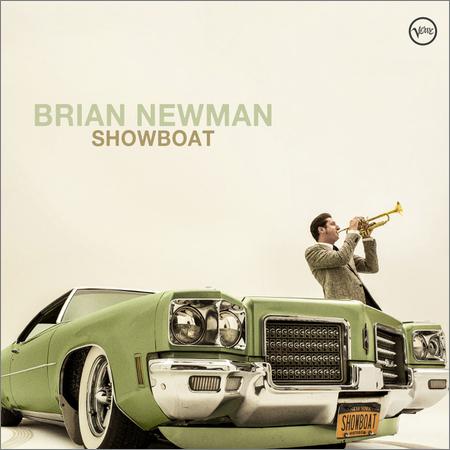 Trumpeter-singer Brian Newman will release Showboat, his first album for the famed Verve label, on 16 November. It features his close friend Lady Gaga on a version of the Animals’ much-covered ‘Don’t Let Me Be Misunderstood.’

Cleveland-born Newman was the producer of Gaga’s version of ‘La Vie En Rose’ on the current, bestselling soundtrack to A Star Is Born, and earlier was her bandleader and trumpeter on her Cheek To Cheek album project with Tony Bennett. Showboat is produced by Dae Bennett, Tony’s son and record producer.

Newman’s reputation as a notable entertainer has grown in recent years with his extended engagements at such prestigious New York night spots as at the Oak Room, Birdland, the McKittrick Hotel and the Rose Bar. His 2016 tour of major US cities featured several surprise appearances by Lady Gaga. The pair met on the New York club scene when Newman was a bartender, and discovered that they shared a love of jazz. Both artists have a tattoo on their right arm depicting Miles Davis’ trumpet, taken from a sketch by Bennett.

Newman flew to Portland, Oregon to record with Gaga for the album. ““Please Don’t Let Me Be Misunderstood’ was one in our minds from the beginning of this project,” he says. “We had a few tunes that we wanted to get Lady Gaga on and this one resonated with all our taste buds.

“Nina Simone covered it years ago and the authentic lyrics and harmonies laid beautifully with all of us, while also harkening back to the ’60s sound. Once we got in the studio together, the music flowed out of all of us and came together in a way that doesn’t always happen.”

The lively instrumental ‘San Pedro,’ penned by Newman himself, is available now for streaming and as an instant grat track with pre-orders of his album. Showboat also includes a wide variety of interpretations including the 1930s tune ‘Pennies From Heaven,’ much associated with Bing Crosby; Tom Waits’ ‘Jockey Full Of Bourbon’ and Beck’s ‘Tropicalia,’ the latter due as a single on 9 November.

“Beck is such an important musician and songwriter to me,” says Newman. “His ability to create a different direction on every album while maintaining a high level of musical integrity has always been a huge influence on me. He’s the perfect blend of lyrical, harmonic and rhythmic polyphony. Our approach to ‘Tropicalia’ was not to change the greatness that what was there. We were just paying homage to a true and honest talent.”